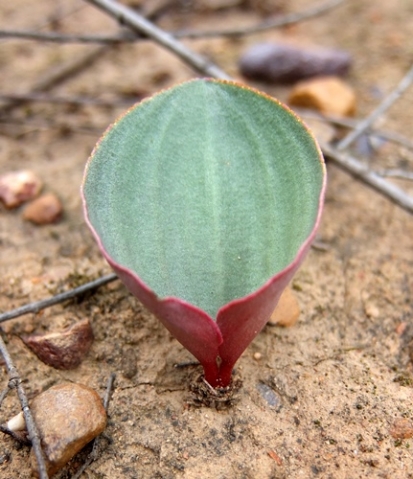 Previous
Image 4 of 14
Next

Young leaves may ascend as here before relinquishing ambition or curiosity and succumbing to gravity. Before they do, this stance resembling a collar fitted on a dog by a vet may be assumed.

There is a less seen second subspecies of E. capense, viz. subsp. stoloniferum found from Cape Town to Caledon and Worcester, listed as a vulnerable plant.

This photo is from the Little Karoo. Subsp. capense is not considered to be threatened in its habitat early in the twenty first century (Vlok and Schutte-Vlok, 2010; www.redlist.sanbi.org).