Home » GENERA D-F » Eriocephalus » Eriocephalus africanus
Back to Category Overview
Total images in all categories: 11,018
Total number of hits on all images: 5,656,275 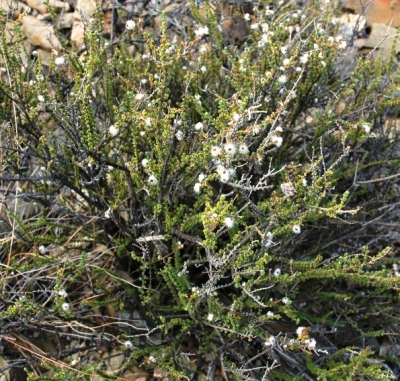 Previous
Image 1 of 20
Next

Eriocephalus africanus is a small shrub belonging to the Asteraceae family. It has narrow leaves and presents a profusion of small white flowers mainly in winter.

The species distribution is in the Western, Northern and Eastern Cape. Its habitat is arid, karoid. Neither of the two subspecies is considered to be threatened in its habitat early in the twenty first century.

This plant yields a sought after essential oil and is a well-known medicinal plant with various applications. It is also often browsed by game and livestock (Vlok and Schutte-Vlok, 2010; http://redlist.sanbi.org).