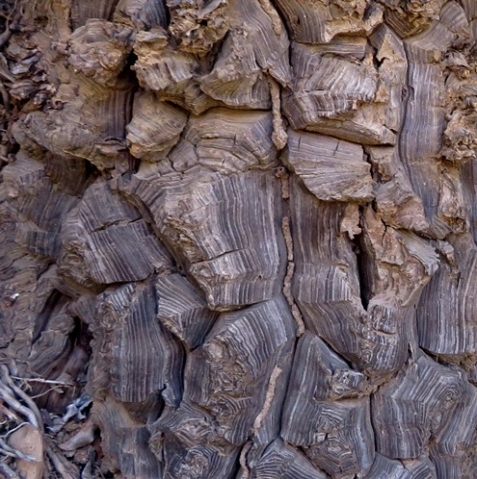 There is elegance in the way bark ages on the Dioscorea hemicrypta caudex. Reminiscent of old Cussonia tree trunks, the layered structures bear resemblance to the paintings and sculptures of Marco Cianfanelli, who has communicated delicate secrets of South Africa’s rich heritage of organic shapes with incisive clarity.

The generic name, Dioscorea, is derived from the name of an illustrious Greek physician, pharmacologist and botanist of the first century of the modern era, Pedanius Dioscorides who lived in a town called Anazarbus in Cilicia, Anatolia, now Turkey.

Whether his book, De Materia Medica, made mention of a Dioscorea plant is not known, although he did speak of vines. His very early botanical taxonomy presents plants classified according to being aromatic or not and whether used in cooking or medicine (Bell, 1964).