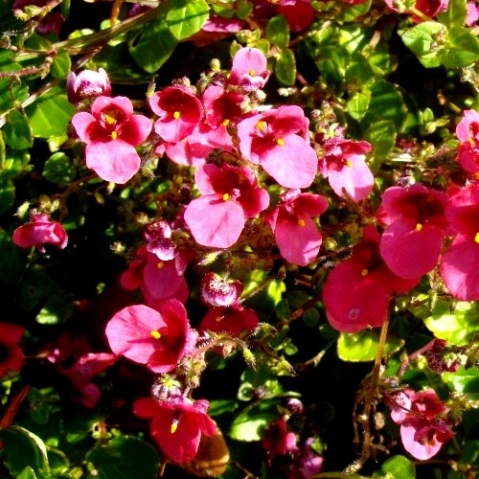 Diascia mollis is a fast-growing, semi-hardy, herbaceous perennial growing a mat of pale green leaves and many flowers just above them. The plant spreads to about 30 cm in width and has found its way into the gardening world as a groundcover.

The species has a small distribution being an endemic of a region in the Eastern Cape; an earlier scientific name was D. transkeiana. The species is not considered to be threatened in its habitat early in the twenty first century (Leistner, (Ed.), 2000; www.lifeisagarden.co.za; www.redlist.sanbi.org).