Home » GENERA C » Cyphostemma » Cyphostemma lanigerum
Back to Category Overview
Total images in all categories: 11,506
Total number of hits on all images: 6,488,571 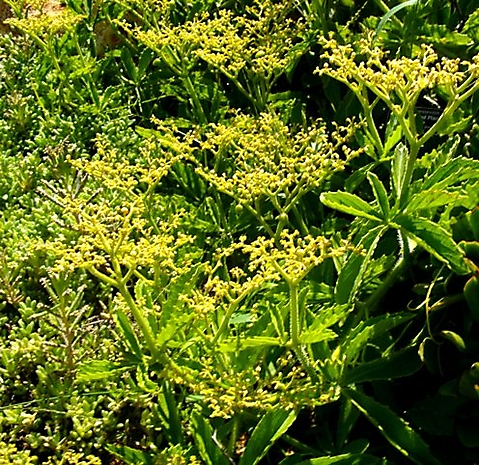 Cyphostemma lanigerum, in Afrikaans commonly wildedruif (wild grape) and scientifically previously Cissus lanigera, is a deciduous, scrambling perennial that may reach heights to 2 m with help from stationary bystanders or creeps unassisted.

The species distribution is in the provinces north of the Vaal River and some neighbouring countries.

The plants grow on rocky ridges in semi-shade of rocks and other vegetation. The species is not considered to be threatened in its habitat early in the twenty first century.

The plant features in traditional medicine in relation to pain relief and injuries (Van Wyk and Malan, 1997; iNaturalist; http://growwild.co.za; http://redlist.sanbi.org).