Home » GENERA C » Cineraria » Cineraria geifolia flowerhead
Back to Category Overview
Total images in all categories: 11,894
Total number of hits on all images: 7,136,442 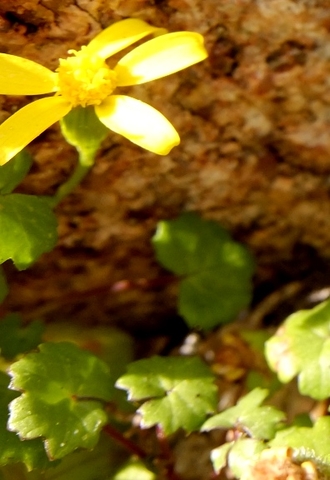 This Cineraria geifolia flowerhead close to a granite boulder has managed only five rays but a multitude of disc florets. The longish peduncle presents the erect head above the leaves.

The leaves are here almost round, their basal lobes almost meeting. The margins start in the leaf centre at the top of the petiole, forming a straight, narrow slit instead of a V as often seen (Manning, 2007; Mustart, et al, 1997; iNaturalist).