Home » GENERA C » Cineraria » Cineraria geifolia
Back to Category Overview
Total images in all categories: 11,894
Total number of hits on all images: 7,136,548 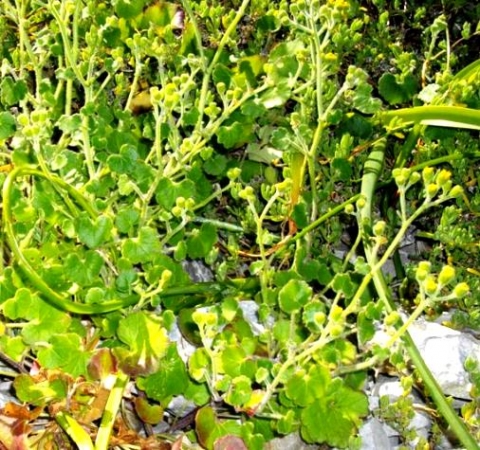 Cineraria geifolia, the sea cineraria, is a sprawling perennial that branches much, scrambling to 60 cm in coastal bush.

The distribution is limited to the southwestern Cape from around Saldanha to the De Hoop Nature Reserve. It is commonly found on lower slopes of Table Mountain.

The plant often grows in sheltered spots, on dunes and among rocks in sandy soil. The species is not considered to be threatened in its habitat early in the twenty first century (Manning, 2007; Clarke and Mackenzie, 2007; Mustart, et al, 1997; http://redlist.sanbi.org).