Home » GENERA C » Colchicum » Colchicum eucomoides
Back to Category Overview
Total images in all categories: 10,855
Total number of hits on all images: 5,508,101 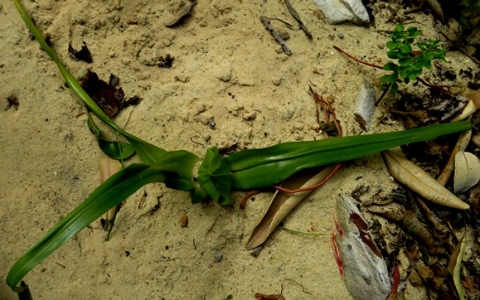 This geophyte or cormous perennial is stemless, its prostrate leaves long, narrow and tapering, grading into shorter bracts that envelop the flowers. There are usually two or three leaves, each shallowly channelled along the centre. The above-ground plant parts tend to die back in summer.

The species is distributed from Namaqualand along the coast to the Cape Peninsula and eastwards along the Little Karoo and coastally into the Eastern Province.

The habitat is flats and slopes of damp clay, loam, gravelly or sandy soils among a variety of vegetation types. The species is not considered to be threatened in its habitat early in the twenty first century (Manning, 2007; Vlok and Schutte-Vlok, 2010; iSpot; www.redlist.sanbi.org).