Home » GENERA C » Cheiridopsis » Cheiridopsis purpurea
Back to Category Overview
Total images in all categories: 11,523
Total number of hits on all images: 6,605,309 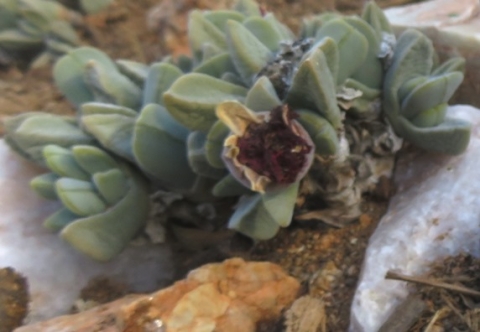 This is a rare plant of the Northern Cape, occurring in only a small area of less than 500 km² in the Richtersveld, near places called Ploegberg and Eksteenfontein.

Its habitat is a specialised, narrow band of suitable conditions, the plants growing in succulent Karoo terrain in crevices of quartzitic bands found in sandstone of the Karrachab Mountain and surrounding mountain slopes. The plant is not threatened early in the twenty first century (Williamson, 2010; Smith, et al, 1998; Herre, 1971; iNaturalist; http://redlist.sanbi.org).