Home » GENERA A » Athanasia » Athanasia pubescens
Back to Category Overview
Total images in all categories: 12,087
Total number of hits on all images: 7,392,992 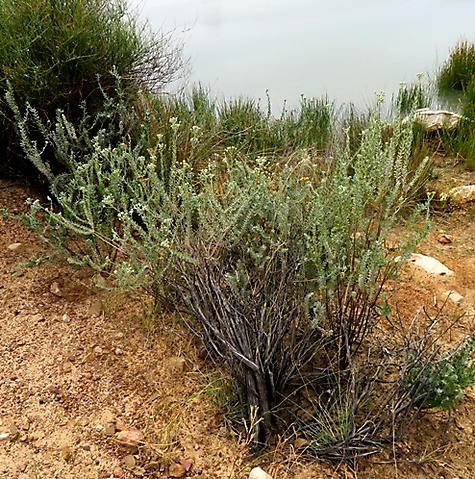 Athanasia pubescens is an often smallish shrub, growing sparse, erect branches to heights from about 40 cm to 1,2 m. Leaves disappear from old stems. The woody, single-stemmed base in picture has become grey-brown and thick.

The species distribution is in the west of the Western Cape around Clanwilliam, Piketberg and the Cederberg. The photo was taken on a farm dam wall in the Biedouw Valley.

The species grows on rocky slopes in dry fynbos and scrub in sandy soils; also in places where the soil has been disturbed. The species is not considered to be threatened in its habitat early in the twenty first century (Bond and Goldblatt, 1984; iNaturalist; http://redlist.sanbi.org).