Home » GENERA A » Athanasia » Athanasia filiformis
Back to Category Overview
Total images in all categories: 11,912
Total number of hits on all images: 7,163,183 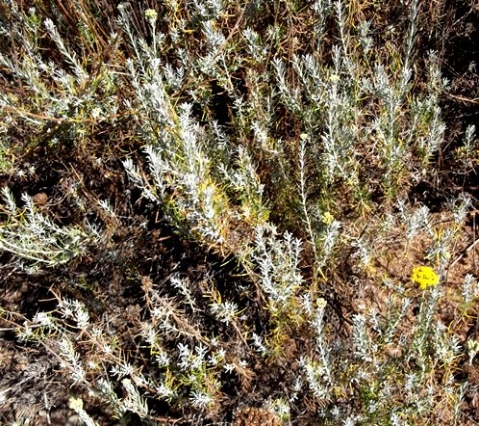 Athanasia filiformis is a single-stemmed shrub or shrublet that may grow many erect branches to heights ranging from 20 cm to 1 m.

A few of the Athanasia species of the southern provinces of South Africa are called klaaslouwbos. Who Klaas Louw was and why his name became connected to these plants is unknown.

The species distribution is in the Western and Eastern Cape, the plants found from Bredasdorp to Uniondale and Grahamstown.

Plants grow in low-lying loamy soils, often near rivers and seasonal watercourses, but also on the northern slopes of the coastal mountains. The species is not considered to be threatened in its habitat early in the twenty first century (Vlok and Schutte-Vlok, 2010; Bond and Goldblatt, 1984; iSpot; www.redlist.sanbi.org).