Home » GENERA A » Arctotheca » Arctotheca populifolia
Back to Category Overview
Total images in all categories: 12,068
Total number of hits on all images: 7,360,818 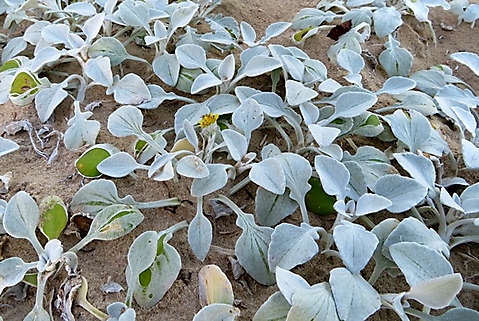 Arctotheca populifolia, the sea pumpkin, is a sprawling, mat-forming, soft perennial reaching heights up to 15 cm.

The species distribution is coastal from the Northern Cape in the west all the way to Mozambique. The photo was taken at Nature’s Valley.

The habitat is dunes and open sandy flats on the beach. The species is not considered to be threatened in its habitat early in the twenty first century.