Home » GENERA A » Arctotheca » Arctotheca populifolia flowerhead profile
Back to Category Overview
Total images in all categories: 11,779
Total number of hits on all images: 6,931,798 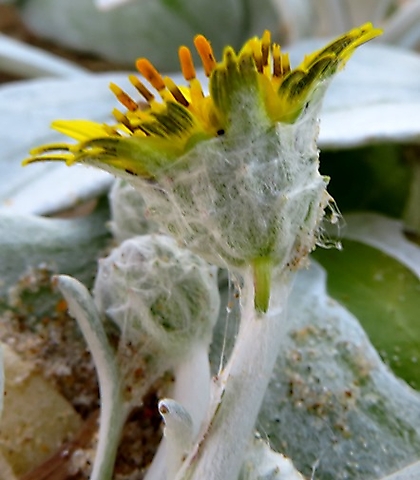 The Arctotheca populifolia flowerhead in profile hides its involucral bracts at the base of the head under a thick felt covering. A pale green section of the peduncle is bare.

The ray florets are black-lined on the outside along their upper parts.