Home » GENERA A » Agapanthus » Agapanthus africanus flowers
Back to Category Overview
Total images in all categories: 12,058
Total number of hits on all images: 7,353,578 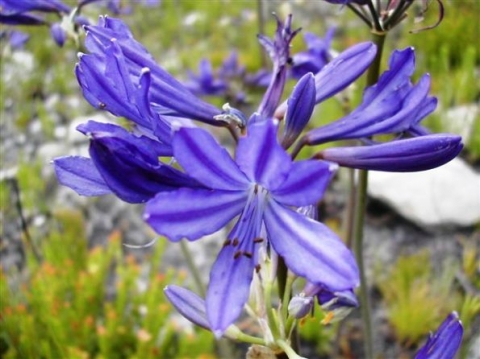 Previous
Image 2 of 12
Next

This plant was the first of its genus to be introduced to the European horticultural community by formal description in 1679.

A. walshii bearing pendulous flowers and grows in the Kogelberg region used to be a subspecies of A. africanus, now a species in its own right, while A. africanus has no recognised subspecies any longer.

There are ten species of Agapanthus, three in the fynbos. Several of them are endemic to South Africa, but some are renowned world travellers, occurring in many gardens and nurseries (Wikipedia; www.plantzafrica.com).