Home » GENERA E-F » Ficus » Ficus abutilifolia
Back to Category Overview
Total images in all categories: 12,068
Total number of hits on all images: 7,360,730 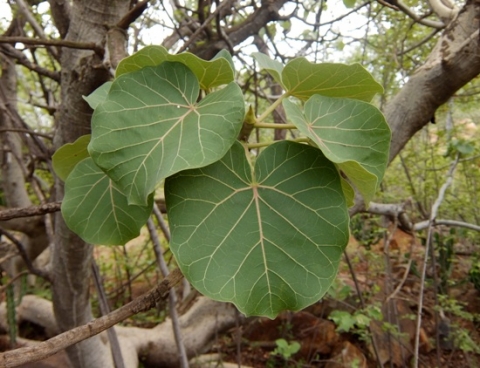 Previous
Image 2 of 60
Next

It grows in the north-western reaches of South Africa from KwaZulu-Natal and the Free State to the provinces north of the Vaal River. Elsewhere in Africa it is found from southern Africa to Ethiopia and West Africa.

The natural habitat is among rocks; the tree being associated with rocky spots or woodland where it tends to emerge from hillside crevices. The species is not considered to be threatened in its habitat early in the twenty first century (Coates Palgrave, 2002; Schmidt, et al, 2002; Pooley, 1993; www.redlist.sanbi.org).