Home » GENERA D-F » Felicia » Felicia erigeroides
Back to Category Overview
Total images in all categories: 8,883
Total number of hits on all images: 3,863,663 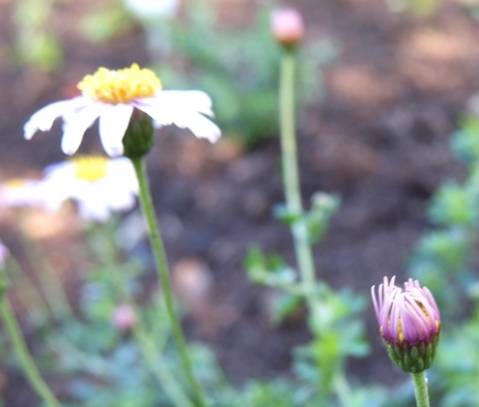 Previous
Image 9 of 28
Next

Felicia erigeroides, the wild Michaelmas daisy, is an evergreen perennial, a sprawling, herb, sometimes a shrub that reaches heights of up to 1 m in height.

The species is distributed in nature along the east coast of South Africa from Humansdorp through KwaZulu-Natal. The habitat is grassy slopes, coastal scrub and forest margins to elevations around 1000 m.

Separating the 85 similar-looking Felicia species from each other is no easy task. They belong to a very recognisable genus, all growing in southern and tropical Africa into Arabia.

F. erigeroides has found favour with both gardeners and traditional healers, but is not considered threatened in its habitat early in the twenty first century (www.plantzafrica.com).