Home » GENERA D-F » Felicia » Felicia australis
Back to Category Overview
Total images in all categories: 8,979
Total number of hits on all images: 3,981,781 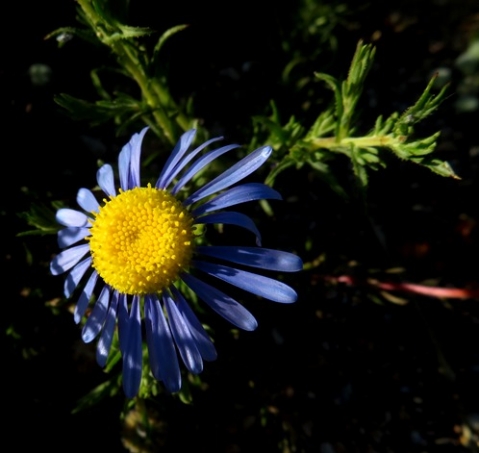 Felicia australis is a sprawling annual reaching heights from 5 cm to 25 cm.

The species distribution is from the south of Namaqualand in the Northern Cape to the western Karoo and southwards to Piketberg and Franschhoek in the Western Cape.

The plants grow on sandy and clayey flats in the winter rainfall region. The species is not considered to be threatened in its habitat early in the twenty first century (Manning, 2007; Le Roux, et al, 2005; Manning and Goldblatt, 1997; iNaturalist; http://redlist.sanbi.org).