Home » GENERA A » Arctotis » Arctotis fastuosa orange flowerhead
Back to Category Overview
Total images in all categories: 11,528
Total number of hits on all images: 6,611,361 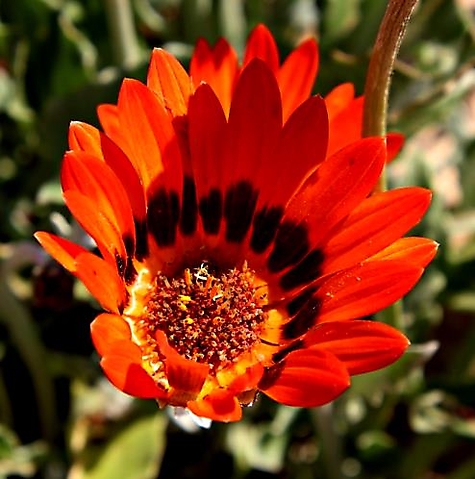 This slightly more orange than usual Arctotis fastuosa flowerhead was seen in the Biedouw Valley during September.

The disc florets are mostly yellow when open, dark when closed but here they range across several colours other than yellow and very few are dark.

The ray patches low on their inside surfaces are nearly black, resembling tufts of brush hairs. The ray florets are not erect from the base, bent up into the dark patches after a short horizontal section (Manning, 2007; Le Roux, et al, 2005; Manning and Goldblatt, 1997; iNaturalist).