Home » GENERA B-C » Cyphia » Cyphia digitata
Back to Category Overview
Total images in all categories: 9,395
Total number of hits on all images: 4,220,040 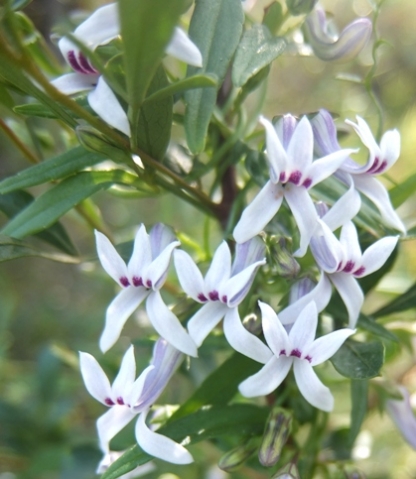 Previous
Image 5 of 19
Next

The species distribution is widespread from Namaqualand to the Eastern Cape. Its habitat is varied scrub on flats and lower slopes in loam or clay soils. There are two subspecies as well as some forms differentiated, all made likely by the sheer size of the large distribution with such varied climate.

It is obviously lush, growing comfortably in Fernkloof at Hermanus, less so in the Little Karoo where the photo was taken and much less in arid parts such as Namaqualand. Overall C. digitata is not threatened in its habitat early in the twenty first century (Manning, 2009; Vlok and Schutte-Vlok, 2010; www.redlist.sanbi.org).