Home » GENERA B-C » Crinum » Crinum bulbispermum
Back to Category Overview
Total images in all categories: 9,390
Total number of hits on all images: 4,217,515 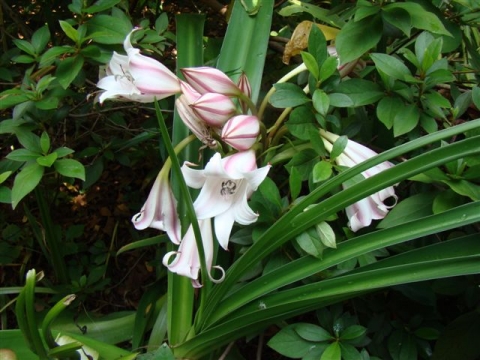 Its flowerhead displays a number of white lily flowers with pink stripes along the outer surface of the tepals that may be white or banded pink on the inside.

C. bulbispermum grows naturally in a broad swathe across the central parts of South Africa, missing only Limpopo in the north and the Western and Eastern Cape in the south.

The plants are found along river banks and seasonal wetlands, widespread in moist places with deep soil. The species is not considered to be threatened in its habitat early in the twenty first century (ttp://redlist.sanbi.org).