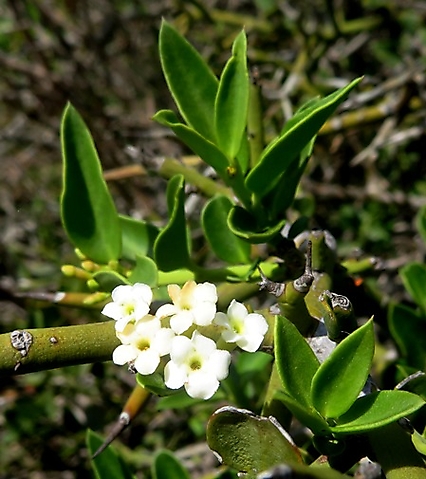 These short- and round-lobed Carissa bispinosa flowers would have been called C. haematocarpa if that name had still been in use.

Now they merely look different to some plants of its kin or kind, in the sense of children from the same parents sometimes low in likeness. Parents may take trouble to explain such contrasting appearances to astonished neighbours and even family. Thousands might believe them, untold numbers not. DNA doesn’t lie, but science sometimes takes its time and does change its collective (or occasionally partitioned and internally inconsistent) mind.

So, intraspecies variation is the verdict in this case according to SANBI, while iNaturalist still separated the two species at the time of writing (iNaturalist; http://redlist.sanbi.org).