Home » GENERA B » Buddleja » Buddleja salviifolia young leaves
Back to Category Overview
Total images in all categories: 11,779
Total number of hits on all images: 6,931,919 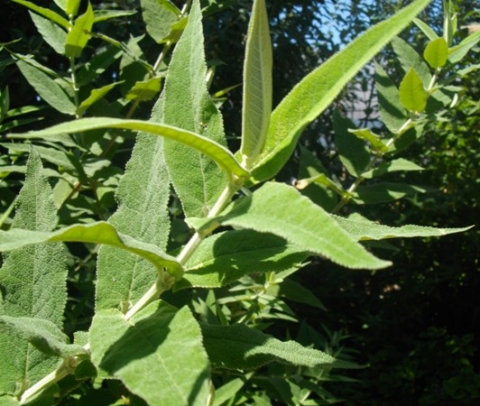 Buddleja salviifolia or sagewood is a many-stemmed shrub that sometimes scrambles or becomes a small tree (SA Tree List No. 637). It is widely and successfully established as a garden plant.

In nature it grows widespread in South Africa barring the north-western arid parts. It also occurs in the east of Zimbabwe and in other parts of Africa, particularly Kenya where it resembles another local species, B. polystachya.

The habitat of this species varies from scrub forest, riverine bush, forest margins or it may be found as a pioneer on grassy slopes of the summer rainfall region (Schmidt, et al, 2002; Coates Palgrave, 2002; Noad and Birnie, 1989).