Home » GENERA B » Brownleea » Brownleea parviflora
Back to Category Overview
Total images in all categories: 11,769
Total number of hits on all images: 6,918,812 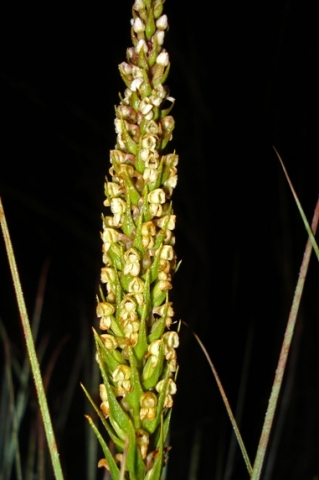 Brownleea parviflora is a terrestrial orchid, a perennial growing from simple, ovoid root tubers to heights up to 60 cm. Fibrous leaf remains are sometimes seen around the stem base.

Two to five cauline, narrow, pointed leaves are grown (often three of them), spiralling up the fleshy stem and sheathing it.

The plant is widely distributed along the eastern parts of South Africa from the Eastern Cape through (eastern) Limpopo to Kenya and across tropical Africa to Cameroon in the west. It grows at altitudes from near sea level to 2500m. Its habitat is rocky grassland (Pooley, 1998; iSpot; www.africanorchids.dk).