Home » GENERA A » Acmadenia » Acmadenia alternifolia
Back to Category Overview
Total images in all categories: 9,976
Total number of hits on all images: 4,685,572 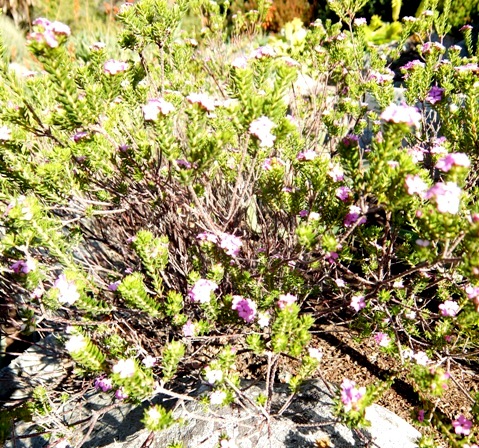 Acmadenia alternifolia is an erect shrub sometimes growing taller than 1 m in height, less than 50 cm in width.

Its distribution is in the southern Cape on the coast between Knysna and Keurbooms River, growing in the fynbos areas on coastal headlands and steep slopes, often exposed on the dry coastal cliffs.

The species is considered vulnerable in its habitat early in the twenty first century, due to development in this popular region, exacerbated by forestry, quarrying and invasive exotic plants.

Some essential oils have been distilled from A. alternifolia (iSpot; JSTOR; www.redlist.sanbi.org).