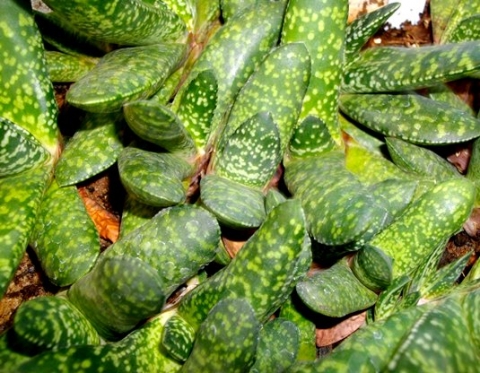 Gasteria brachyphylla var. brachyphylla, in Afrikaans commonly known as beestong (cattle tongue, a name shared with several other gasterias on account of the leaf-shape), is a stemless, low-growing leaf succulent. Several fans of leaves may be produced due to the plant's typical branching at the base.

Panicles of salmon-red stomach-shaped flowers appear during winter and spring.

The plant is distributed mainly in the Little Karoo, but also across the Swartberg Mountains into the south-eastern Great Karoo to Steytlerville. This variety is not considered to be threatened in its habitat early in the twenty first century.