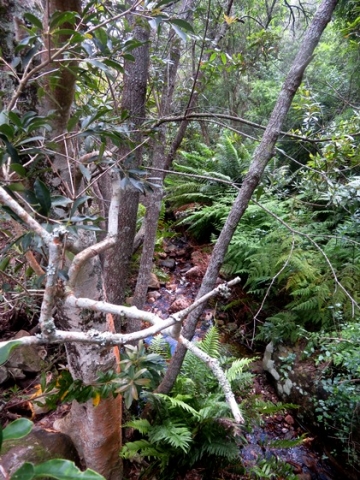 There are about 10 500 species of ferns on earth. The “about” is added as there are groups of these plants not (yet) studied and classified fully, while new species are still being discovered, especially in tropical regions.

Ferns are vascular plants growing true roots, stems and complex leaves. They reproduce via spores and have neither seeds nor flowers. Fern leaves are complex, called megaphylls as opposed to the microphylls of clubmosses.

The leaves start off as coiled fiddleheads that uncoil as they grow, expanding into fronds. Fiddleheads are sometimes collected for use as vegetables, particularly in America and Asia. Some, like the common worldwide bracken, Pteridium aquilinum, should be cooked rather than eaten raw.

The oldest ferns were around in the Carboniferous Period from about 360 million years ago, possibly older. These plants reproducing from spores preceded seed plants on earth, although the current fern families, genera and species appeared later, around 145 million years ago. This was during the early Cretaceous Period when flowering plants were already established and dominating.

The ferns in picture grow by a stream in Kirstenbosch (Wikipedia; https://www.britannica.com).