Home » GENERA E-F » Erica » Erica quadrangularis
Back to Category Overview
Total images in all categories: 11,933
Total number of hits on all images: 7,175,149 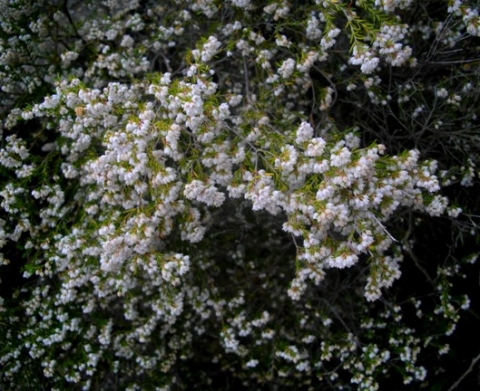 Erica quadrangularis, sometimes called baby heath, is an erect, often compact and rounded shrublet that grows to 60 cm in height and does not resprout after fire. The leaves grow in fours, often pressed against the stems and sometimes hairy.

The plant is distributed from Clanwilliam through the Little Karoo to Knysna. It grows on dry slopes and sandy flats, often represented by large colonies in habitat (Baker and Oliver, 1967; Vlok and Schutte-Vlok, 2010; iSpot).