Home » GENERA D-F » Erica » Erica margaritacea
Back to Category Overview
Total images in all categories: 11,018
Total number of hits on all images: 5,656,353 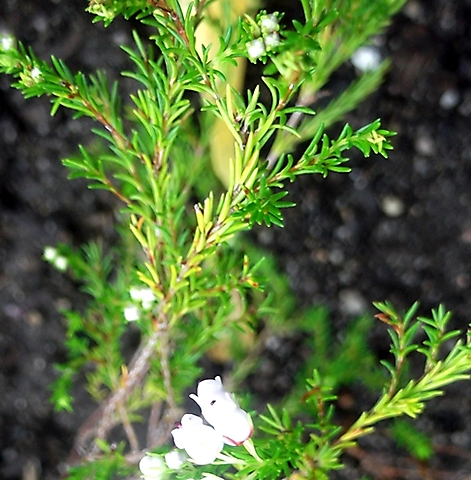 Erica margaritacea, commonly known as honey-scented heath, is an erect, hairless shrublet producing straight branches that reach heights around 45 cm. The plant forms part of the Orophanes section of the Erica genus.

The linear to lanceolate leaves grow overlapping in fours, ascending on the stems. The keeled leaf is from 3 mm to 5 mm long.

The species distribution used to be from the Cape Peninsula across the Cape Flats to Stellenbosch and even Caledon, but today there is only a small stand left at the Kenilworth Racecourse.

The habitat is seasonally wet, sandy flats in fynbos and scrub. The species is considered to be critically endangered in its habitat early in the twenty first century, due to habitat destruction from the urban sprawl.