Home » GENERA D-F » Erica » Erica irregularis stem-tip
Back to Category Overview
Total images in all categories: 11,018
Total number of hits on all images: 5,656,406 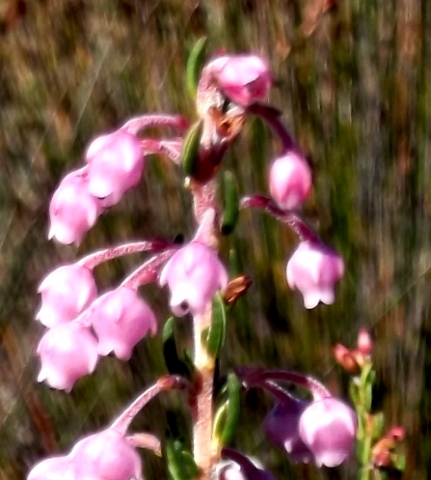 While most Erica irregularis flowers grow from leaf axils, a few are terminal, growing at the stem tips where the leaves point up, the flowers down.

E. irregularis is related and similar to the willowy E. baccans, the berry heath of mountain slopes in the Cape Peninsula. The similarity is not continued to the positioning of their flowers.