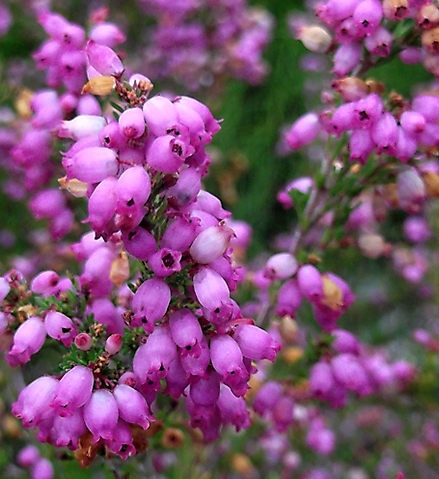 Erica gracilis, commonly the graceful heath, is an erect shrub or shublet of the Orophanes section of the Erica genus, growing to heights around 50 cm.

The species distribution is in the Western Cape along the coast east of Swellendam and inland in the Little Karoo east of Ladismith to the Eastern Cape as far as the southern slopes of the Langkloof and Humansdorp.

The habitat is fynbos slopes and flats. The species is not considered to be threatened in its habitat early in the twenty first century (Bond and Goldblatt, 1984; iNaturalist; http://redlist.sanbi.org).