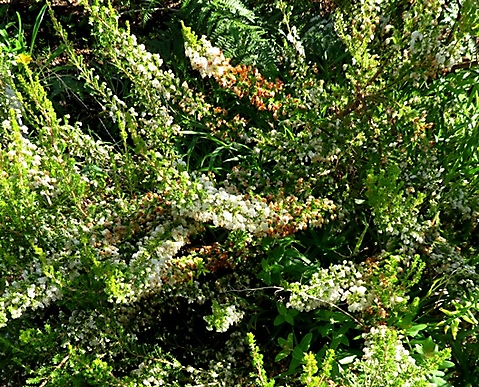 The species distribution is in the southeast of the Western Cape from the Swartberg Mountains north of Oudtshoorn to the Outeniqua Mountains from the Robinson Pass and coastal flats to Humansdorp in the Eastern Cape.

The habitat is fynbos. This variety of E. glomiflora is not considered to be threatened in its habitat early in the twenty first century (Vlok and Schutte-Vlok, 2015; Manning, 2007; Moriarty, 1997; iNaturalist; http://redlist.sanbi.org).