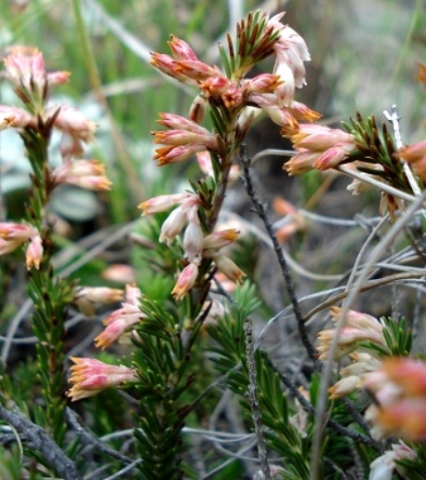 The growth habit of Erica caffrorum var. caffrorum is erect; the pale, grey, woody stems becoming nearly 1 m tall. The leaves ascend around the stems. They are long, straight and needle-like.

The species is distributed from the Eastern Cape northwards through KwaZulu-Natal and the Free State to Mpumalanga, as well as in Lesotho. The photo was taken in the Mkhomazi Wilderness Area in January. This is a summer rainfall Erica of the Drakensberg grassland (JSTOR).