Home » GENERA B-C » Crassula » Crassula macowaniana
Back to Category Overview
Total images in all categories: 9,569
Total number of hits on all images: 4,299,585 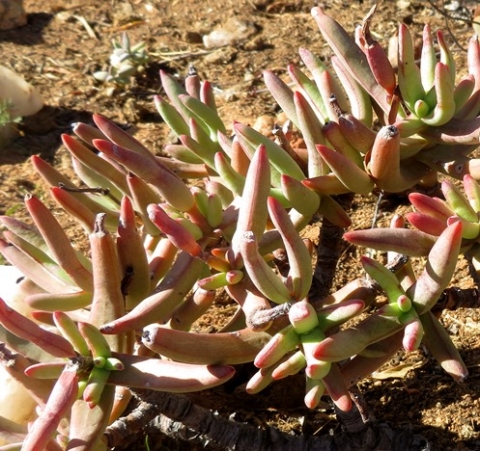 Crassula macowaniana is a spreading, dense shrub reaching heights from 15 cm to 1,2 m.

The species distribution is in the Northern Cape and southwards into the Western Cape as far as Clanwilliam and the Gifberg, northwards to the southwest of Namibia. The plants are common on the higher mountains of the northwestern Richtersveld.

The habitat is dry, rocky slopes, often found among boulders. The species is not considered to be threatened in its habitat early in the twenty first century (Frandsen, 2017; Williamson, 2010; Bond and Goldblatt, 1984; Le Roux, et al, 2005; iNaturalist; http://redlist.sanbi.org).