Home » GENERA B-C » Crassula » Crassula macowaniana stems
Back to Category Overview
Total images in all categories: 9,569
Total number of hits on all images: 4,299,730 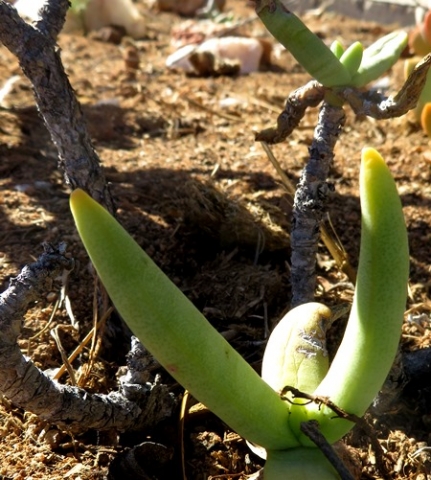 The stems of Crassula macowaniana are much-branched, bare below the newer leaves remaining clustered at stem tips. The stems spread, some partly prostrate. Old stems are pale grey and woody, roughly gnarled from earlier leaf loss and some flaking.

The inflorescences are rounded to flat-topped and many-flowered, up to 7 cm in diameter. They are positioned over but close to the leaves, the stalks 1 cm to 5 cm long with spaced, small stem leaves.