Home » GENERA C » Crassula » Crassula barklyi
Back to Category Overview
Total images in all categories: 12,087
Total number of hits on all images: 7,392,903 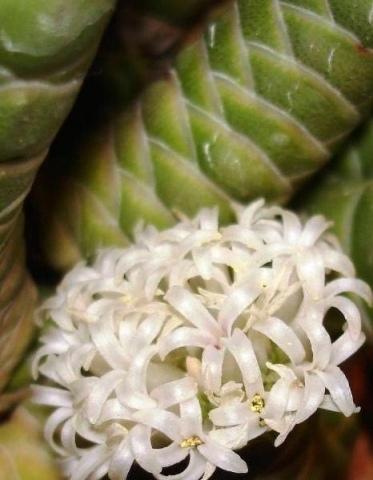 Crassula barklyi or commonly in Afrikaans the wurmplakkie has tightly stacked columns of green succulent leaves. The delightful dense flowerheads appear in winter, its growing season, and may also be yellow or light orange. The branching causes it to spread a little, but it is a small plant, normally shorter than 15 cm.

The plant is endemic to the Northern Cape where it grows from Port Nolloth to Vanrhynsdorp. The species is not considered to be threatened in its habitat early in the twenty first century (www.redlist.sanbi.org).