Home » TYPES » Climbers » Cynanchum ellipticum
Back to Category Overview
Total images in all categories: 11,901
Total number of hits on all images: 7,143,130 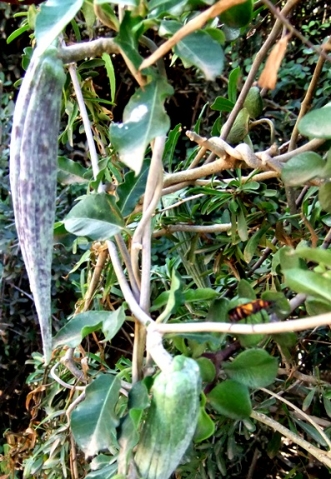 Cynanchum ellipticum, commonly known as the common dog-wort or monkey rope and in Afrikaans as melktou (milk string or rope) and bobbejaantou (baboon rope), is a vine that grows stems up to 3 m long. This plant causes livestock poisoning.

It is mainly found in the Eastern Cape and KwaZulu-Natal but does occur as far as Limpopo, the Western Cape and North West and beyond the border, at least in Mozambique.

The habitat is dune grass and forest as well as thickets at elevations from sea level to 1500 m. The species is not considered to be threatened in its habitat early in the twenty first century (Pooley, 1998; Moriarty, 1997; iSpot; http://redlist.sanbi.org).