Home » TYPES » Climbers » Convolvulus capensis
Back to Category Overview
Total images in all categories: 11,792
Total number of hits on all images: 6,941,712 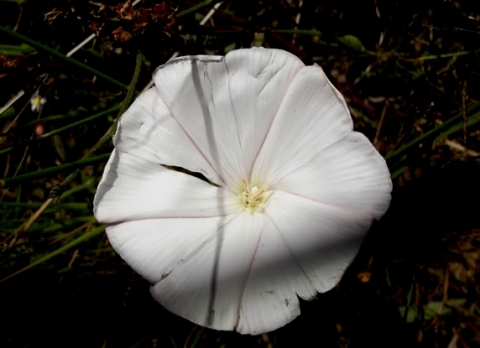 Convolvulus capensis, the Cape bindweed or in Afrikaans skaapklimop (sheep climb up), is a perennial climber growing stems of about 2 m. The plant is sparsely hairy.

The species distribution ranges from the Northern Cape Namaqualand region to the south coast of the Western Cape and the Little Karoo to the westerly coastal part of the Eastern Cape.

The habitat is lower, dry, stony slopes and loamy flats, not often in fynbos. The species is not considered to be threatened in its habitat early in the twenty first century (Vlok and Schutte-Vlok, 2010; Manning, 2007; iNaturalist; http://redlist.sanbi.org).