Home » TYPES » Climbers » Clitoria ternatea
Back to Category Overview
Total images in all categories: 11,769
Total number of hits on all images: 6,918,872 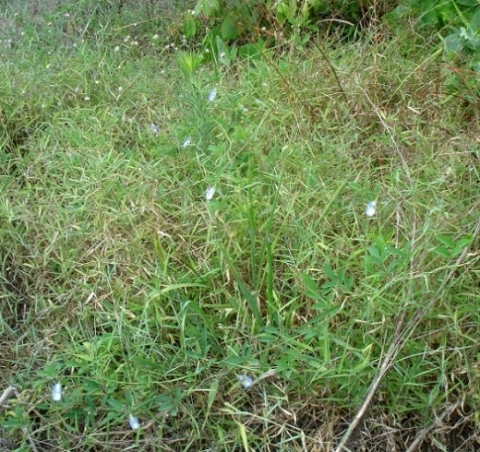 Clitoria ternatea is a climbing plant of tropical Africa, indigenous to neighbouring Mozambique and Zimbabwe, but growing widespread as far north as Somalia. This plant also grows on the islands of Zanzibar and Mauritius.

It is not found in South Africa unless introduced, but who knows what may happen with climate change to a plant growing just over the border? Or how may an introduced exotic behave in its adopted country?

This plant was photographed near Namacurra in the Zambezi Province of Mozambique. There is only one species of the Clitoria genus found in Zimbabwe, two in East Africa.

The habitat of the species is warm, dry bushveld or savannah, but it is often found near and better growing in damp spots.

The genus belongs to the Fabaceae family that comprises many climbers. Best known among them are probably some climbing beans seen in vegetable gardens worldwide (Blundell, 1987; Riley, 1963).