Home » TYPES » Climbers » Bolusafra bituminosa flower and bud
Back to Category Overview
Total images in all categories: 11,662
Total number of hits on all images: 6,774,692 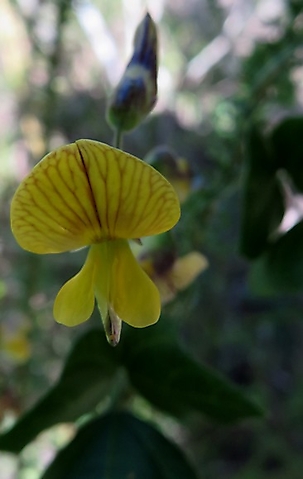 The flower in picture shows dark red vein lines across the recurving banner petal on the outer surface, seen through the blade. The wing petals are round-tipped, flanking a boat-shaped, faintly hairy keel.

Flowering is usually from late winter to after midsummer, but this photo was taken in May at Nature’s Valley.