Home » TYPES » Climbers » Bolusafra bituminosa veins on the back of the banner
Back to Category Overview
Total images in all categories: 11,662
Total number of hits on all images: 6,774,712 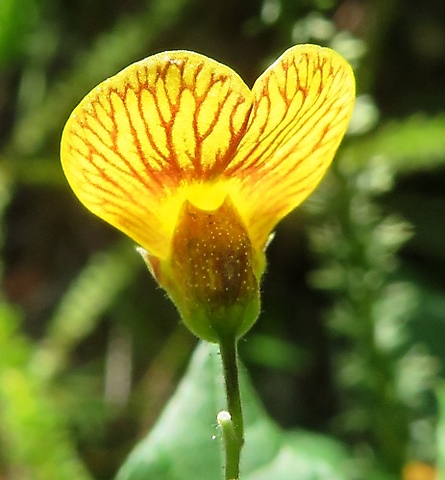 The outside surface of the Bolusafra bituminosa banner petal is strongly maroon-lined, unlike the bright yellow of its inside. The base of the banner, just above the calyx is a brighter, line-free yellow.

The upper pair of pointed calyx lobes is partly joined. There are white dots on the calyx in picture (Privett and Lutzeyer, 2010; Manning, 2007; Bond and Goldblatt, 1984; iNaturalist; www.fernkloof.org.za).