Home » TYPES » Climbers » Anisotoma pedunculata
Back to Category Overview
Total images in all categories: 11,018
Total number of hits on all images: 5,651,276 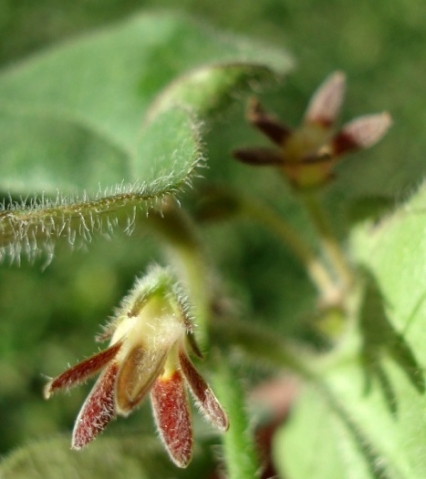 Anisotoma pedunculata is a spreading leafy perennial of the Apocynaceae family. It grows several prostrate or creeping branches with hairy stems that become 60 cm long. These branches may grow singly from the base or occasionally branch again.

The plant occurs widespread in the eastern regions of South Africa from the Eastern Cape to Limpopo, as well as in Lesotho and Swaziland.

The habitat is mainly grassland and open scrub. The species is not considered to be threatened in its habitat early in the twenty first century (iSpot; JSTOR; http://redlist.sanbi.org).