Home » TYPES » Bulbs » Wachendorfia thyrsiflora
Back to Category Overview
Total images in all categories: 10,346
Total number of hits on all images: 5,047,010 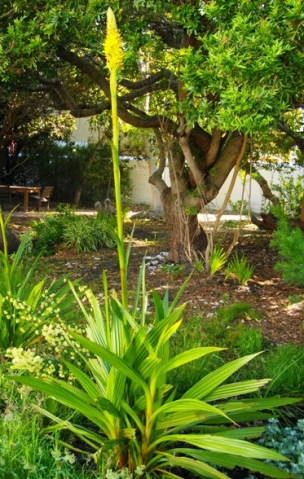 A large, erect, sturdy and hairy flower stalk of up to 1,2 m tall appears around the end of winter. It bears a cylindrical panicle of golden-yellow, six-tepalled flowers and three equal stamens. There are sometimes (not always) small brown markings on the upper tepals, although some of the literature states that these are on the lower tepals. The blooming season of this plant is spring and early summer (Bean and Johns, 2005; Manning, 2009).