Home » TYPES » Bulbs » Thereianthus bracteolatus
Back to Category Overview
Total images in all categories: 11,792
Total number of hits on all images: 6,949,216 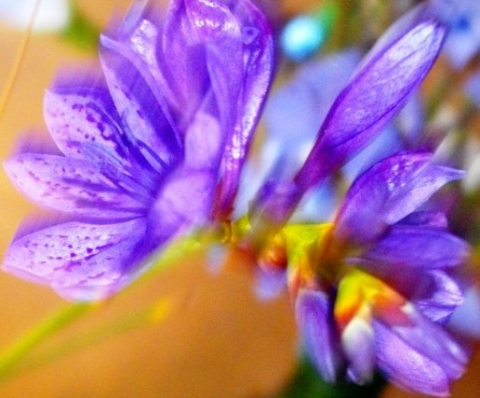 Thereianthus bracteolatus is a cormous perennial that grows narrow leaves and a flower spike of up to 25 cm.

The flowers are deep blue, purple or rarely white. Their prominently veined tepals form a tube of up to 1,2 cm. Flowering happens from late spring to midsummer, often in the first couple of seasons after fire.

The plant occurs on dry sandstone slopes in the fynbos of the Western Cape from Clanwilliam to Bredasdorp. The species is not considered to be threatened in its habitat early in the twenty first century.

Thereianthus is a genus comprising eight species all found in fynbos (Manning, 2007; Bond and Goldblatt, 1984; http://redlist.sanbi.org).