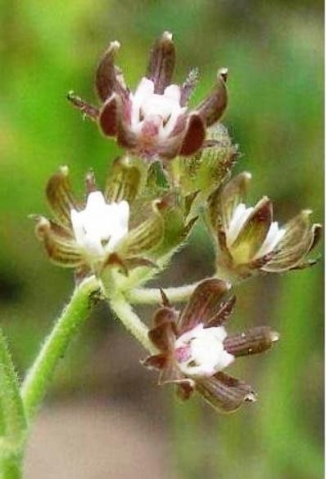 Schizoglossum bidens subsp. atrorubens is a perennial succulent herb with an underground rootstock. It belongs to the Apocynaceae family.

This plant occurs widespread in South African grassland, particularly in the Drakensberg area, southern Free State and inland KwaZulu-Natal, but also in the Western and Eastern Cape. It is not considered to be threatened in its habitat early in the twenty first century (www.redlist.sanbi.org).