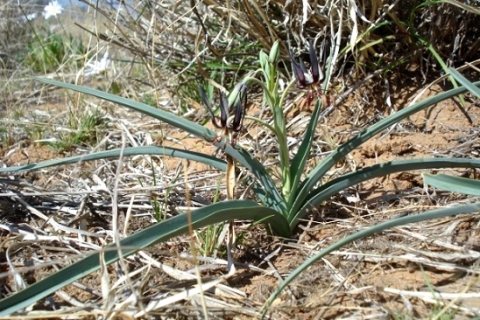 Ornithoglossum vulgare is a cormous plant that grows to heights of 7 cm to 70 cm, depending on conditions in its large distribution. This is one of eight species in a genus of the Colchicaceae family.

The species is distributed in the Free State, Gauteng, the Northern Cape and Limpopo, as well as beyond the border in southern Africa. The plant is found on stony slopes. It is not considered to be threatened in its habitat early in the twenty first century (www.pacificbulbsociety.org; http://redlist.sanbi.org).