Home » TYPES » Bulbs » Ledebouria marginata spotted leaves
Back to Category Overview
Total images in all categories: 11,523
Total number of hits on all images: 6,605,350 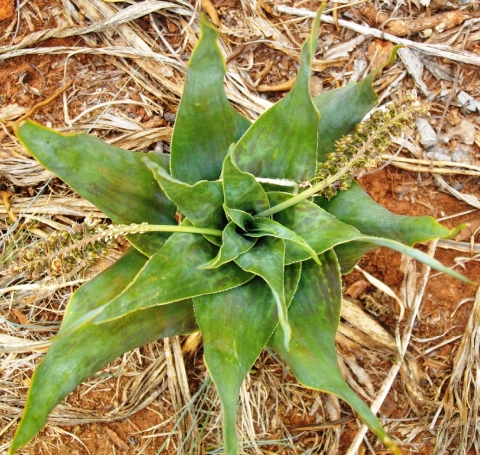 Blooming for Ledebouria marginata comes in spring. This Gauteng plant has borne two racemes, photographed at the end of November. They sag outwards under the weight of the fruits already forming. Some Ledebouria inflorescences are inclined sideways from the start. The flower colour of L. marginata is bluish purple with white towards the margins of the either spreading or recurving tepals. Their pedicels are nearly white and longer than the tepals.

The twisting leaves are green and covered in large faint spots. They would only have partly emerged by the time the flowers appeared.