Home » TYPES » Bulbs » Dierama latifolium in Lesotho
Back to Category Overview
Total images in all categories: 8,984
Total number of hits on all images: 3,986,218 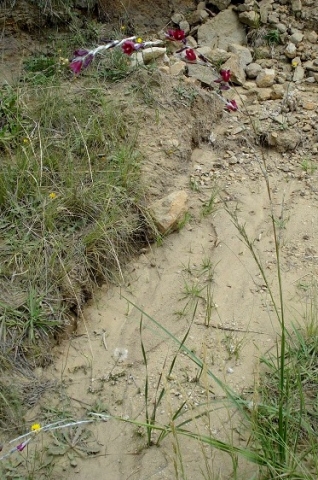 Angel fishing rods or wandflowers, as Dierama latifolium is commonly known, have their nodding flowers gently moving in the breeze from late spring to mid-autumn.

They are understandably popular with gardeners. Garden specimens are often much paler than the plant in picture that was seen in January at Qachas Nek, Lesotho, near the eastern border. The plant is also found in southern KwaZulu-Natal grassland and in the north of the Eastern Cape (Manning, 2009; www.shootgardening.co.uk).