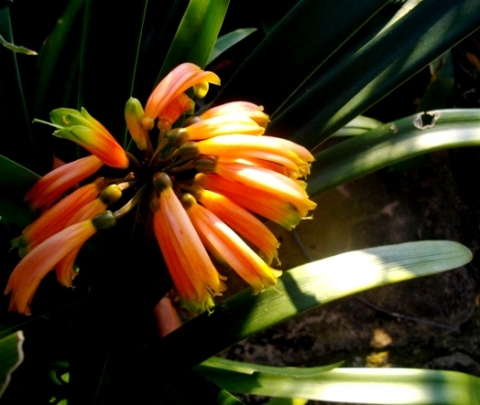 Clivia gardenii is an evergreen, rhizomatous perennial originating from KwaZulu-Natal. The plant is commonly known as Major Garden’s clivia, named for a soldier who was stationed in Natal around 1850.

C. gardenii is found in forest shade, its fleshy roots at home in moist areas. It grows strap-like, leathery, dark green leaves and forms clumps reaching heights of around 60 cm. The somewhat flattened scape emerges by mid-autumn to early winter.

Clivia is a small Amaryllidaceae genus of six species endemic to southern Africa, mainly in the eastern coastal parts, although some originate from the west near Nieuwoudtville (Duncan, 2010; www.plantzafrica.com).