Home » TYPES » Bulbs » Bobartia gladiata subsp. gladiata flower from the back
Back to Category Overview
Total images in all categories: 12,086
Total number of hits on all images: 7,380,965 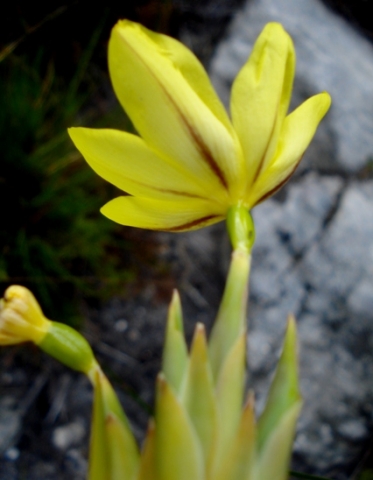 Seen from behind, the flower of Bobartia gladiata subsp. gladiata shows dark central lines on the lower surfaces of the tepals, more prominent on the outer three. The shape of the tepals or perianth segments is elliptic; narrow at the base and tapering to a tip that is pointed or slightly rounded.

The species is not threatened in habitat early in the twenty first century (Bond and Goldblatt, 1984; iSpot; Wikipedia; www.redlist.sanbi.org).