Home » TYPES » Bulbs » Baeometra uniflora
Back to Category Overview
Total images in all categories: 12,091
Total number of hits on all images: 7,393,112 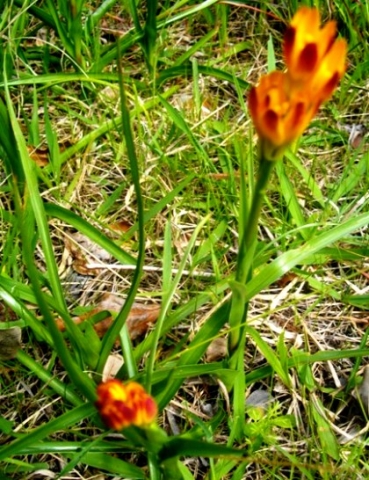 Baeometra uniflora, the beetle lily, is a cormous perennial, the only member of its genus. Several narrow leaves clasp the erect stem.

Flowers grow in a spike during late winter and spring. The flowers are yellow to orange inside the tepals, brick-red on the outside and dark inside the base of the flower.

It grows in the southern parts of the Western Cape where it grows on damp sandstone and granite slopes. The species is not considered to be threatened in its habitat early in the twenty first century.

The plant is believed to be poisonous and may cause stock losses (Manning, 2007; http://redlist.sanbi.org).